Why do we Need the HPWA? 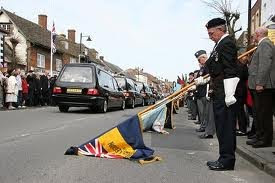 Last night I went to the hospital’s social club and had a word with some of my Extremely Proud and Dignified Brother and Sister Porters about my plans for the HPWA and their reaction was mixed. A lot of them were encouraging, as were the civilians who were also engaged in our conversation. Not a bad start! However the tone changed when I explained how I was using the Help for Heroes campaign as a model for the HPWA. This instinctively grated a bit with some of them. That’s quite revealing to me because it indicated the presence of what I’ve termed “The Military Religion” in their minds; see: http://hpanwo.blogspot.com/2008/07/our-brave-boys.html and: http://hpanwo-tv.blogspot.com/2010/05/is-military-religion.html . Hospital Porters are heroes too! Who’s going to help us? “But it’s not the same, Ben!” they said. “You can’t compare what the soldiers go through to what we do.” Can’t we? The average man in Britain can expect to live until they're almost 80 nowadays; the woman-on-the-street dies at 82; so why is it again and again I go to funerals of my Extremely Proud and Dignified Brother and Sister Porters who have passed away in their 50’s and early 60’s? And people claim that Hospital Porters don’t risk their lives!? It was the death of my former Senior Porter George Rogers that made me think, see: http://hpanwo-tv.blogspot.com/2011/05/st-theos-day-party-2011.html George lived to a surprisingly ripe old age for a Porter. What’s the risk of fighting in Afghanistan? Considerable to be sure, but does that mean there are no other dangerous jobs? What about the hardships and trauma of fighting a war? Yes, they’re very tough; but, again, are there no other walks of life where one can face equal, even greater, harrowing endurance? Which of us really has the most difficult and dangerous job? Of course Hospital Porters don’t have to deal with bombs and bullets, but we endure other dangers that, in a way, are much worse. The bombs and bullets that come our way are ones which maim and kill us socially. The damage they do is just as bad or even worse, but they act in ways that are subtle and hard to identify. They take the form of a parent asking your girlfreind why she can't find somebody with a better job, a student radiographer being told she's being "too friendly" to the Porters and that she "has standards to maintain"; and it gets worse and lingers on and on and on, every day of your life! When Hospital Porters are struck down by our enemies there are no headlines in the papers, we are not paraded through Wootton Bassett with the people on crowded pavements standing still and doffing their hats to us. We are forgotten and ignored. There is no Hospital Porters’ memorial (Well, not yet! This is a project that the HPWA could work on), no Hospital Portering honours list. I've not written an article on this subject yet, but here's a very fertile HPANWO Forum thread I've started and it contains posts about all about non-Military memorials: http://hpanwoforum.freeforums.org/viewtopic.php?f=4&t=331

I took me a while to understand that the hostile reception my suggestion encountered might have had a lot to do with The Military Religion which I explain in the links above. I was basically being an iconoclast! I was not putting down the Forces at all, indeed I was myself in the Forces for a short time; but for The Military Religion suggesting that one is not beneath them is tantermount to putting them down! In Hospital Portering it’s very trendy to be self-deprecating, in fact I’ve known Porters who have a belief in their own worthlessness that approaches the fanatical! See: http://hpanwo.blogspot.com/2007/12/dont-tell-em-were-porters.html However I was honest in what I thought and stand by that. I’m not setting up the HPWA to win a popularity contest! I’m setting it up because I think it’s right, just and necessary. I’ve announced its foundation informally, and will do so formally at the hospital soon. Then it will be time to move on to the next stage and make serious designs for the charity.

Posted by Ben Emlyn-Jones at 11:46 No comments: