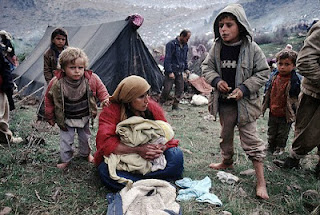 I’m writing this because somebody has been going round the Net accusing me of fraud. They’re claiming that The HPWA is a fake charity set up deliberately so I can embezzle money to myself, in the same way that the British politician Jeffrey Archer did a few years ago with his fraudulent charity that was supposed to be helping the Iraqi Kurds. He was sent to jail for that, quite rightly! Let me reassure you right now that the HPWA is a genuine charity and its sole intention to raise money to help Hospital Porters and ex-Hospital Porters, and their families, in times of need and support. Everything I do will be legal and above board. You'll see.

My accuser has no evidence at all; they’re just saying it for the hell of it: “I think Ben is setting up a fake charity to make money”. I will not stand for my name being smeared in this way. I’m politely requesting that my accuser, you know who you are, ceases as desists these accusations right now! I’m only going to ask once...
Posted by Ben Emlyn-Jones at 11:41 No comments:

What Now for the HPWA? 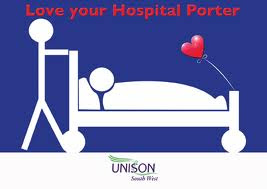 If you’re a regular reader of the other HPANWO blogs you’ll know that I’ve been discharged from the Hospital Portering Service, see: http://hpanwo.blogspot.com/2012/01/how-i-became-ex-hospital-porter.html and: http://hpanwo-tv.blogspot.com/2012/01/ben-civilian.html . So, you might ask, does this mean it’s all over for the HPWA? Well, in a word, no. There’s no doubt the financial difficulties I’m now facing will mean I‘ll have to change the organization of the HPWA to an extent; I now no longer have the ability to pre-invest. This means that the actual fundraising events I do will be limited to what I can afford from my civilian employment, at least to begin with. But just because I’m no longer a serving Hospital Porter doesn’t mean that I cannot run a charity for Porters and ex-Porters. After all there are many people who are ex-Armed Forces and who are actively involved in Help for Heroes, see: http://www.helpforheroes.org.uk/ . The good news is that many of the actual plans I had for the first sponsored events are extremely low budget. Watch this space and I’ll soon give you the details!
Posted by Ben Emlyn-Jones at 09:02 No comments: