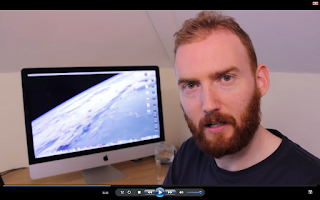 I don't often share my social media activity on the HPWA blog, but I'm going to on this occasion. I watched a YouTube video by an Irish user called Dave Cullen who goes by the handle "Computing Forever". The video is a critique of another YouTuber I like called "Sargon of Akkad"; and I've mentioned him before, see: http://hpanwo-voice.blogspot.co.uk/2016/07/royal-troon-admits-women.html. The nature of Sargon's and Dave's argument doesn't matter in this context; my concern comes at about twenty-three minutes into the film, for about fifteen minutes, where the subject of "janitors" comes up. "Janitor" is what the Irish call a cleaner. It's a similar situation to Richard Dawkins' pronouncements on an cleaner, see: http://hpanwo-hpwa.blogspot.co.uk/2015/10/an-open-letter-to-richard-dawkins.html. What Dave and Sargon say speaks for itself: https://youtu.be/h25OMMZ8qrA?t=23m. Below is a copy of my comment:
I don't agree with Sargon, but... On the subject of janitors, what we in call "cleaners", earning more. You're right, they should not get paid as much as the software designers whose offices they clean, let alone the CEO. However (correct me if I misunderstood you) it's a mistake simply to shrug (like Atlas ;-)) your shoulders and pull the bottom out of their employment contract. They are still essential members of the company's team, in their own way. No software gets produced if the offices are dirty and the bins overflowing. Likewise if Wall Street is not swept clean, would very quickly become buried under a mountain of its own waste. These jobs may be low-skilled, but they're not no-skilled. In departments of so-called "menial" jobs where the staff turnover is too high, the unwritten tricks of the trade become lost. I was a hospital porter for twenty-three years and I watched it happen. I saw the service degenerate over time and this resulted directly in loss of quality across the board to the point where over five thousand patients a year were dying in the British NHS from preventable infections. So you neglect the janitors etc at your cost. By all means keep their wages and conditions down to a reasonable level, but not too low. Keep their services professional and not casualized. Make those people feel appreciated and proud of their contribution to the business.﻿
Posted by Ben Emlyn-Jones at 18:00 No comments: 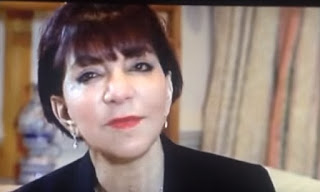 Maha Yassaie used to be a chief pharmacist in the NHS' Berkshire West primary care trust. She was dismissed after disciplinary procedures when she alerted senior management of her concerns; these included a colleague of hers who was being bribed by a pharmaceutical company to prescribe certain drugs and a doctor who attempted to commit suicide using controlled drugs from her pharmacy. Mrs Yassaie was then labelled a "bully" by management. She was cleared of the allegations, but was still sacked in the end on the grounds that "her relationship with the trust had broken down"... how conveniently vague. She believes this was their attempt to cover up the misconduct that she had alerted them to. The independent investigator appointed told the former pharmacist that "...if I had your values I would find it very difficult to work in the NHS." Source: http://www.telegraph.co.uk/news/2016/04/03/nhs-whistle-blower-told-she-was-too-honest-to-work-for-the-healt/?utm_source=dlvr.it. There are some parallels between Mrs Yassaie's experience and my own dismissal in 2012. I was also accused of bullying. In my case the allegation was particularly heinous because my alleged victim was "disabled"; meaning that he suffers from a comparatively minor learning difficulty and is registered under the Protection of Vulnerable Adults law. I also suspected even back then that honesty is not the best policy if you want a long and fruitful career in British public healthcare. During the Theo's Day party, see: http://hpanwo-hpwa.blogspot.co.uk/2016/06/happy-st-theos-day-2016.html, I found out that a particular man I served with up to the time of my discharge is still there. This man is notoriously bad at his job. He is lazy, untrustworthy, incompetent and unreliable; yet he is tolerated when I wasn't. He is still there when I am not. Management simply will not sack him, or even reprimand him. I've christened porters like these "untouchables". This man understands his status very well and arrogantly laughs in the face of anybody who criticizes him, every time he sneaks away for another three-hour cigarette break, or disappears off duty early, only to be late the next day or off sick for no reason. A lot of porters will back me up on this; the better you are at your job, the more you get picked on by the boss. It's very frustrating. It's as if the NHS doesn't want decent servicemen. They actively favour dullards and delinquents who they know will run the system into the ground. When I posted this story on social media the other day, lots of people commented to say that they also had been victimized for being honourable and hard-working. As each day passes I regret the ending of my NHS portering career less and less. Maybe this is why.
See here for more information: http://hpanwo-hpwa.blogspot.co.uk/2013/01/one-year-on.html.
Posted by Ben Emlyn-Jones at 16:46 No comments: