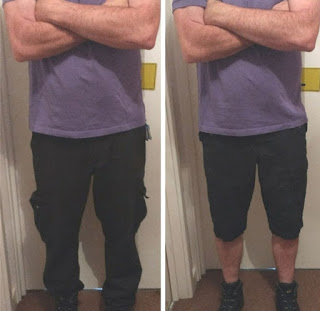 During hot weather the large buildings can absorb a lot of heat which then lingers in the interior. My own hospital was like this and I used to dread hot weather, especially on late shifts which covered the afternoon and evening. The only way to lower the temperature inside the hospital is through air conditioning which is essentially refrigerating the air as it comes in through the air vents. My own hospital trust directorship refused to fund the installation of air conditioning for the entire hospital; it is only present in a few areas... including the directors' offices of course. In A and E there was air conditioning but it always malfunctioned and made the space too cold. To be fair, in it would only really be needed for at most a couple of weeks a year; yet those weeks are hellish for the staff and patients. A porter at has been suspended for breaking uniform regulations by rolling up his trouser legs while on duty. This was soon after a request for porters to wear knee-length shorts was declined. MEP&DBP Michael Wood said: "Our health and safety is paramount in the hospital. When you're struggling to work when you're sweating, you become irritable and argumentative" I've also seen people collapse from heat exhaustion, not just porters but many nurses and a few doctors. The porters at the Watford General have been sold off to Medirest, a public service contractor whose reputation is no better than Carillion, Mediclean or any of the others floating around. Their union, the GMB, has come up with a strange solution; they've advised their porters to wear dresses. There is a female porters' uniform. At my hospital it began as a green dress and later changed to one similar to the men's only with ladypants. Hospital portering is still a male-dominated job. All but about five percent, at the most, of the porters at my hospital were men; usually it was lower than that. Because it is a low-paid, dirty and unglamourous profession feminists don't object and there have never been policies to "diversify" or "enrich" us. Trade unions though have become very soft left over the years and I can't help wondering if their scheme to make porters wear dresses is related to cultural Marxism. Portering culture is very "blokey" as a result of its mostly male workforce so perhaps it has been targeted for "reconstruction". I hope MEP&DBP Mr Wood will be alright. The union are trying to get his suspension lifted and I wish them luck. Now the heatwave is over they will probably just drop the matter. I personally would never wear a dress. Short trousers might be the solution, although there could be an infection control issue with them. I would rather continue to campaign to have means found to cool the inside of the hospital. Patients suffer as well in hot weather regardless of what the porters have on. Source: http://www.bbc.co.uk/news/uk-england-beds-bucks-herts-40379293.
Posted by Ben Emlyn-Jones at 16:15 No comments: 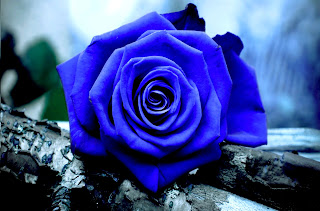 On behalf of every serving hospital porter, every former hospital porter, and everybody else who loves, appreciates and supports us, with all the Pride and Dignity of my Extremely Proud and Dignified Brother and Sister Porters, I'd like to wish all my friends and readers, a very happy St Theo's Day. Here is my HPANWO TV video for St Theo's this year: http://hpanwo-tv.blogspot.co.uk/2017/06/st-theos-day-2017.html.
Posted by Ben Emlyn-Jones at 17:06 No comments: