An Open Letter to Richard Dawkins 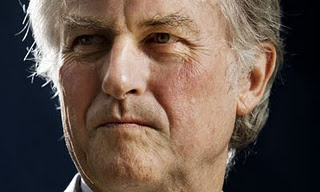 I know you're used to people writing to you mostly because of religious matters and indeed I have studied your works on religion and atheism in detail, but never felt inclined to discuss them with you directly. Contrary to what you're used to, this letter is not about religion at all, and is all about your recent TV series Sex, Death and the Meaning of Life (Incidentally it's not a good idea to give your programme a title that makes it sound like a Woody Allen comedy). In one episode you bring up the ancient Greek myth of Sisyphus, the king who was punished by the gods by having to continuously role a boulder uphill for eternity. You then go and find what you believe is a real life Sisyphus, one Hori Lal, a man whose job it is to sweep the streets of Varanasi, India. Do you really think that this is an appropriate comparison? Appropriate or not it is certainly deeply disrespectful. There is an enormous difference between Mr Lal's duty and the punishment of Sisyphus. Nobody would suffer if Sisyphus found some way of dropping his rock and escaping the Olympians' divine wrath. However, if Mr Lal downed his broom would very quickly become buried under a mountain of its own refuse. Mr Lal carries out an essential public service and, you are correct to say, it's a shame has a caste system that looks down on his duty. It is very insulting to compare such a man to a mythological figure who is burdened with an eternal useless chore as retribution for perceived wrongs.

Like myself, you live in and therefore you or a member of your family will almost certainly have at some point needed the medical assistance of the . I was a porter there for over twenty-three years. This was a position in the hospital's own unofficial caste system similar to Hori Lal's in . Hospital porters are the dalits of the NHS. However I performed my service with great pride. I considered myself an essential member of a life saving team doing one of the most important jobs in the entire world. In fact I once calculated that if you took away the porters, the JRH would grind to a halt within quarter of an hour. It's perfectly possible that one day I helped to make you better; so that you were in good enough health to travel the world to exotic locations making TV programmes that patronize people like me and Mr Lal. Think about that.

Ben Emlyn-Jones
(former porter at the )

This letter is based on an article I wrote a while ago, see: http://hpanwo-hpwa.blogspot.co.uk/2015/09/richard-dawkins-patronizing-git.html.
Posted by Ben Emlyn-Jones at 18:03 No comments: