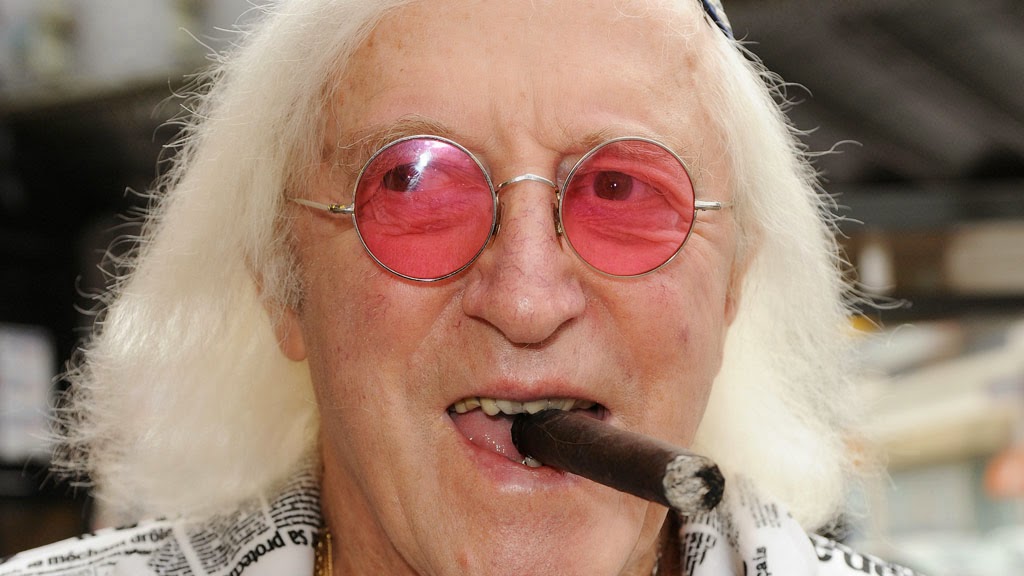 The inquiry into the crimes of the celebrity and former hospital porter Jimmy Savile continues, and it's been revealed that his offences in various hospitals where he served were considerable. Sixty-three people have come forward to accuse him at alone, one of the fourteen in which he served. He sexually assaulted patients, staff and visitors; over half were under sixteen including a young girl he raped in her bed on a ward, and a fourteen year old boy he groped in the X-ray department. The youngest was just five years old at the time. He particularly targeted the world famous spinal injuries unit at Stoke Mandeville because so many of the patients were immobilized. He also sexually harassed nurses, but despite this he was given accommodation in the nurses' home. Complaints were filed against Savile as long ago as 1968 yet absolutely nothing was done about it and he continued to serve as a porter until 1992, see: http://www.bbc.co.uk/news/uk-31637937. The most shocking revelation was the testimony of "Jane", a victim of his at the Leeds General Infirmary. It's clear from her report that Savile had a number of collaborators among the staff. In fact other porters used to deliver children to a room in the basement where he carried out his attacks. Nurses laughed at her when she told them when what had happened and warned her not to be "silly", see: http://www.bbc.co.uk/news/uk-28031538. Several people have described Savile's actions in the NHS an "open secret"; this mirrors the situation at the BBC perfectly, see: http://hpanwo-voice.blogspot.co.uk/2014/12/esther-in-new-year-honours.html. The Health Secretary Jeremy Hunt (I must be careful how I say that!) blames Savile's celebrity allure; and it's true that the cult of fame can run deep in people's hearts. However there must be more to it than that. I know that the NHS is loaded with corruption. I myself witnessed a lot of this during my own service and I'll describe some of this in fuller detail in future posts, but suffice to say for now that the NHS suffered from endemic "groupthink". A climate of inferred collaboration can break out almost anywhere. The chilling results of the Milgram experiment are very revealing. This famous psychological test involved putting people in a situation in which they were fooled into thinking that they were torturing somebody else to death with repeated electric shocks. The experiment revealed that so long as an authority figure ordered them to do so, most subjects were willing to comply, see: https://www.youtube.com/watch?v=BcvSNg0HZwk. Everybody is so shocked about what happened with Savile; they gasp and say: "How could this have happened!?" Well, this is how. This is how institutional collusion takes place and it happens naturally, easily and instinctively without a word being spoken between anybody. Hopefully this will shut up those who bleat on about how there was "no conspiracy!" and that it was just an "extraordinary oversight!" and how Savile was "extremely lucky to get away with what he did!" Most psychologists believe that groupthink is an inevitable and unavoidable part of human nature; perhaps, but I'm not certain. Those in power do seem to go to an awful lot of effort to promote groupthink and its associated mindsets; if it were "just human nature, mate!" why would they need to? See: http://hpanwo-voice.blogspot.co.uk/2012/11/thats-just-human-nature-man.html. Not all of the subjects in the Milgram experiment were willing to carry out their supposed deadly duty, sixty-five percent did. That is a majority, but not an overwhelming one. So we can only hope that the thirty-five percent who cannot be ordered to aid and abet atrocities grow in number.
See here for background: http://hpanwo-hpwa.blogspot.co.uk/2014/06/jimmy-saviles-hospital-crimes.html.
And: http://hpanwo-hpwa.blogspot.co.uk/2013/01/jimmy-savile-in-hospital-satanic.html.
And: http://hpanwo-voice.blogspot.co.uk/2012/10/jimmy-savile-correction.html.
Posted by Ben Emlyn-Jones at 18:06 No comments: