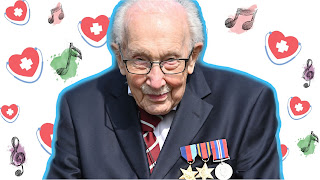 Thomas Moore has just become the oldest person ever to top the singles charts in the . He beat the sixty-eight year old Tom Jones by over thirty years; Tom is ninety-nine. The Rogers and Hammerstein cover of You'll Never Walk Alone by Captain Tom and Michael Ball has raised twenty-eight million pounds for various welfare schemes in the NHS. (The HPWA is not officially registered as a charity and so will receive nothing, although I do not ask for anything.) Captain Tom turns one hundred years old next Thursday so he will be still be at number one for at least one day into his second century. He also has successfully completed a sponsored walk; one hundred laps of his garden, a twenty-seven yard circuit. This makes just over one and a half miles. Quite an achievement for a man of his age who cannot walk without a wheeled zimmer. Source: https://www.bbc.co.uk/news/entertainment-arts-52415966. The title of the song is ironic of course considering the social distancing rules currently enforced. Tom has lived a rich and varied life. He was an army officer who served in World War II and afterwards ran a concrete mixing company and raced motorcycles. When he finished the last lap of his walk there was a guard of honour from his old regiment to greet him. As an NHS veteran myself of twenty-three years, I'm deeply touched by Captain Tom, Michael Ball and everybody who has supported the NHS. I say that mourning the loss of my colleagues, see: http://hpanwo-hpwa.blogspot.com/2020/04/ive-lost-another-brother.html and: https://hpanwo-hpwa.blogspot.com/2020/04/ive-lost-two-brothers.html. I know some people reading this believe that what Captain Tom did was a staged publicity stunt as part of coronavirus disinformation conspiracy. There is a coronavirus conspiracy, but this is not a part of it.
Posted by Ben Emlyn-Jones at 15:44 No comments: 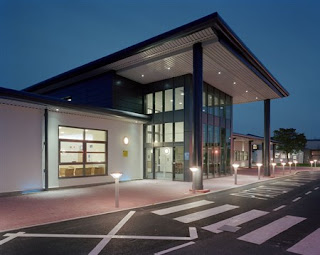 I'm sorry to report Brian Darlington, a porter at Mid-Cheshire Hospitals, has died of COVID 19 disease. He was described as having a sense of humour and positive outlook. I think these are essential for hospital portering. Facilities supervisor Richard Studinski said: "Nothing was ever too much trouble for Brian. He worked hard and was happy to do whatever was needed of him. He always walked round the hospital with a smile on his face, passing out sweets to colleagues he'd meet on the corridor. Mid-Cheshire's chief executive James Sumner said: "Brian had dedicated over twenty years to the trust during his NHS career and will be sadly missed by all who knew and worked with him. He was without doubt a treasured member of the team." Brian leaves behind his wife of forty-six years, Ava. Condolences to her. Rest in peace, MEP&DB Porter. Source: https://www.itv.com/news/granada/2020-04-16/porter-at-cheshire-hospital-dies-after-testing-positive-for-coronavirus/.
See here for background: https://hpanwo-hpwa.blogspot.com/2020/04/ive-lost-two-brothers.html.
Posted by Ben Emlyn-Jones at 18:34 2 comments: 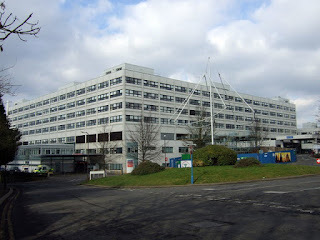 I'm very sad to report that two porters at the have died of COVID 19 disease. Healthcare service providers are by far the highest risk group for any contagion because anything at large in the community ends up concentrated in hospitals. Hospitals are like vacuum cleaners for bacteria and viruses. You might think the title of this article is misleading. The two men who died are not literally brothers of mine. They are not related to me at all. However all hospital porters are my brothers and, in some instances, sisters. In fact they are closer to me than that. I will not post any source links because the media has named the two porters against the wishes of their families, who asked for privacy. I shall grant them that. Rest in peace, MEP&DBP's. I salute you. At the present time thirty-six NHS personnel have died of the coronavirus. I salute them all.
Posted by Ben Emlyn-Jones at 15:47 No comments: 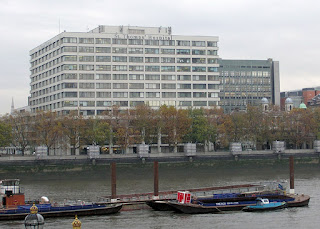 See here for essential background: https://hpanwo-voice.blogspot.com/2020/04/boris-is-safe.html.
I would like to pay homage to MEP&DB&S Porters at ' Hospital in , but also of course the entire civilian staff too, the doctors, nurses, PAM's and civilian ancillaries. You have saved the life of a great man, our leader Boris Johnson. Never in living memory have we had a Prime Minister we can respect. Boris is a strong man, a brave man and a decent man. Without him there would have been no Brexit, no foiling of the New World Order machinations. Boris is a starseed and a lightworker. He is where he is because of the 2016 Effect. I thank you all from the bottom of my heart. I'd also like to give tribute to the dedicated friends of freedom who have invaded the establishment where the Illuminati have had free reign since time immemorial. To QAnon and all those like him/her/them, much appreciation. Boris was very lucky. He had a near-miss with death. Thanks to you, he came through it safely. Bless you all!
See here for background: https://hpanwo-voice.blogspot.com/2019/09/boris-johnsons-speech.html.
And: http://hpanwo-tv.blogspot.com/2019/03/why-2016-matters.html.
And: https://hpanwo-tv.blogspot.com/2018/07/q-anon-livestream.html.
Posted by Ben Emlyn-Jones at 15:09 No comments: