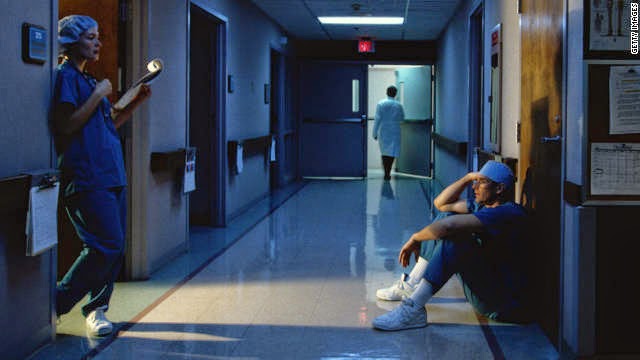 Bad news for hospital porters on shiftwork I'm afraid, and indeed anybody else too who works unusual hours, especially late at night or through the night. The Journal of Occupational and Environmental Medicine has carried out a study which indicates that shiftwork causes many different kinds of health problems. It atrophies the brain; long-term shiftworkers have the average brain cell load of somebody six years their senior. Levels of obesity, heart disease and breast cancer are also much higher among shiftworkers, see: http://www.bbc.co.uk/news/health-29879521. The problem is that Humans are not naturally meant to be nocturnal; we have a body clock known as a circadian rhythm that uses the hormone melatonin to regulate our sleep patterns. It comes from the pineal gland in our brains, see: http://hpanwo-voice.blogspot.co.uk/2014/09/fluoride-and-pineal.html. Along with health problems shiftwork can also cause accidents because of the decrease in mental proficiency during the night. The disasters Exxon Valdez, and all happened late at night. I certainly noticed this effect on myself when I was on night shift. It didn't matter how well I slept during the day, come two or I had to struggle to keep my eyes open. This was because my pineal gland was pumping out large amounts of melatonin telling me I should be in bed. I used to do a seven-day week of nights once every four weeks, so this was a considerable burden. The fact is though that none of us worked nights because we chose to, we did it because we had to. The hospital can never close because people need its services twenty-four-seven. I don't know if there's a solution to this, maybe melatonin suppression or safe non-addictive stimulants perhaps. Until then, those who choose to serve do so knowing the risks; end of. I ask that you bear that in mind if you're in hospital at night and the staff are busy working hard around your ward.
See here for a related article: http://hpanwo-voice.blogspot.co.uk/2014/04/sleep-deprivation.html.
Posted by Ben Emlyn-Jones at 18:23 No comments: 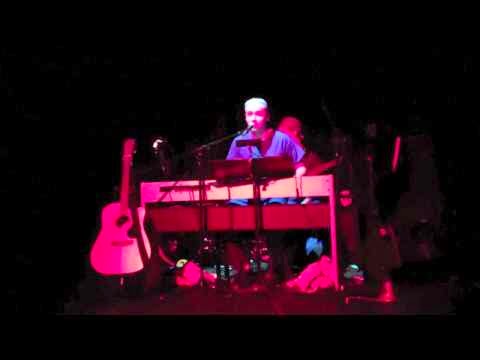 This is a song from the Royal Sussex County Hospital Comedy Revue, a fundraising event held in last year: https://www.youtube.com/watch?v=pl-zIz26Q9k. As I watched it I felt guilty laughing! There are many more videos of performances on that YouTube channel; it's rather camp in style, but that's not unusual for . Sadly this event got "slammed" by the critics. Well, you know what I think of "duh cwitticks", see: http://hpanwo-voice.blogspot.co.uk/2008/06/critics.html
(Thanks to my Extremely Proud and Dignified Brother Porter Jakub for bringing this to my attention)
Posted by Ben Emlyn-Jones at 17:43 No comments: