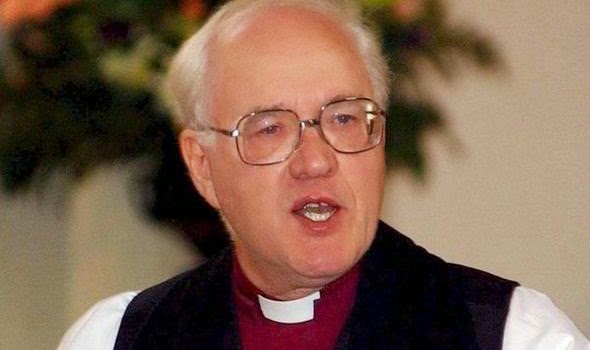 The former Archbishop of Canterbury Lord Carey has astounded his ecclesiastical colleagues by announcing that he's backing the controversial "right to die" Bill. Currently in the it is highly illegal to assist another person to commit suicide. In some other countries it is permitted for a doctor to take the life of a patient if they request it under certain circumstances; if the individual is of sound mind and they have made the decision that they do not want to continue their life as a result of a very painful and/or debilitating illness from which they have no hope of recovery. Also if their prognosis is terminal. The and are two such countries and some British people are travelling there for this reason, so called "euthanasia tourism". At the moment there is a campaign to change the law in to allow people to carry out voluntary euthanasia, see: https://humanism.org.uk/campaigns/public-ethical-issues/assisted-dying/. I know I've disagreed vehemently with BHA over the years and I've also lampooned them ruthlessly, see: http://hpanwo-tv.blogspot.co.uk/2013/09/andrew-copson-mba.html, but I'm right behind them on this issue. The church has always been very opposed to euthanasia because they believe that our life is a gift from God and that we therefore have a duty to live it; to end it ourselves is a sin. Therefore Lord Carey's announcement it truly astonishing. There will no doubt be a massive fallout coming his way as a result of his words and he should be congratulated for his courage. The Church of England has launched an inquiry into the Bill. However the current Archbishop Justin Welby called the Assisted Dying Bill "mistaken and dangerous". However the church definitely seems to be softening somewhat over this matter. There are currently no plans to discipline Lord Carey when a few years ago he'd have been defrocked and excommunicated on the spot. A few churchmen have even given Carey lukewarm support. The Bishop of Carlisle, the Rt Rev James Newcome said that the bill was an "important issue" that needed to be discussed at length. George Carey is unique among Archbishops of Canterbury because his father was a Hospital Porter. He would have heard directly from his dad the kinds of experiences one has behind the screens in a major hospital. Carey's father would have witnessed the very pinnacle of human suffering and fear day after day after day for years. This might well have influenced his son's attitude towards euthanasia, as it has my own. What's more euthanasia is already going on, it's just done on the quiet. I have heard many very credible stories within the folklore of the hospital about doctors who were brave enough, and were confident they could get away with it, dispatching somebody at their request. The relatives in these cases were enormously grateful and kept the truth to themselves. Source: http://www.bbc.co.uk/news/uk-28274531.
Posted by Ben Emlyn-Jones at 20:10