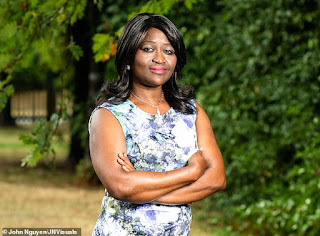 I'm sorry to relate that Sister Sarah Kuteh has lost her appeal in the case of her discharge from the in , see here for background: https://hpanwo-hpwa.blogspot.com/2016/12/nurse-sacked-for-praying.html. After her dismissal in 2016 Mrs Kuteh appealed through the NHS trust system and then initiated a lawsuit. The court heard that the intensive care sister endured numerous complaints about her "religious preaching". One patient described her behaviour as being "like a Monty Python skit". Despite the fact that with full training and over fifteen years of experience, she should have been an invaluable member of the hospital personnel, she was sacked. I can't help wondering if she wasn't a Christian, would this aversion be reduced? I recall from my own service that there is a wide variety of religious opinions, including non-belief, in the NHS. Some people liked to speak openly about their faith and others were more private. This sometimes included discussions with patients. I myself had some amazing conversations with patients about all kinds of subjects. The complaints made against Sister Kuteh do not appear to be that serious. The worst thing anybody said is that her actions were "very bizarre". Not "harmful" or "abusive"; just "bizarre". That doesn't sound too bad to me. What's more, the statement: "She spent more time talking about religion than doing the assessment" is mere hyperbole. How long did she spend on each? Did you time it? Give it to me in hours and minutes otherwise it is meaningless and should not be submitted as evidence. In her defence, Mrs Kuteh brought up human rights laws about religion that I discuss in the background links below. Source: https://www.dailymail.co.uk/news/article-7053709/NHS-nurse-offered-Bible-cancer-patient-LOSES-unfair-dismissal-appeal-tribunal.html. Actually, even if the court correctly interpreted the Nursing and Midwifery Council regulations, the point hanging over this whole matter is that the NHS is incredibly selective in what it chooses to react against. My own case was similar to Sister Kuteh's except that it involved behaviour off duty, yet I was spat out with all the urgency of a mouthful of hot lava. At the same time, the health services shrug their shoulders at far more serious matters, such as appallingly low standards of performance and conduct from operatives. As I said before, my advice to anybody in the NHS is: DO NOT be good at your job. That is unless you want a very short career. Not only will they fail to respect you, they will hate you for it.
See here for background: http://hpanwo-voice.blogspot.co.uk/2013/01/discrimination-against-christians-2.html.
And: http://hpanwo-voice.blogspot.co.uk/2008/11/oxford-bans-christmas.html.
And: http://hpanwo-tv.blogspot.co.uk/2016/05/andrew-copson-at-greenwich-sitp.html.
And: http://hpanwo-voice.blogspot.co.uk/2012/02/council-prayers-banned.html.
Posted by Ben Emlyn-Jones at 22:43