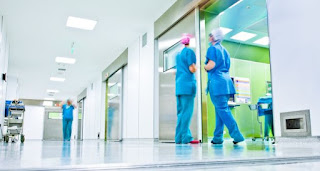 See here for essential background: https://hpanwo-voice.blogspot.com/2018/05/irish-pro-abortion-victory.html.
Did they really think it would be so easy? recently lifted the Eighth Amendment to the Constitution allowing terminations of pregnancy. However, despite the likes of Peter Sutherland and George Soros rubbing their hands together with glee and thinking that the job was done, they did not count on that famous Irish warrior spirit. Several hundred nurses and midwives have petitioned the Irish health minister Simon Harris to open talks on provisions for conscientious objectors to the new abortion legislation. They are led by a Mary Fitzgibbon. They even demand the right not to deal with termination patients at all in any way, including referrals to complicit colleagues, see: https://www.irishtimes.com/news/health/abortion-legislation-nurses-petition-harris-on-opt-out-1.3712239. I really don't see how they can force healthcare professionals to perform abortions against their will. They are already in trouble for carrying out disciplinary action against a serviceman in who dared to speak publicly about his opposition to legalizing infanticide, see: https://www.independent.ie/irish-news/health/hospital-worker-faces-disciplinary-action-after-speaking-out-against-abortion-in-online-video-37744645.html. I have a feeling that this brave individual is a porter. I can tell because the media always uses the words "employee" or "member of staff" when referring to hospital porters. I salute my EP&DBP in ! I can sympathize with him even more because I know how it feels to be a healthcare prisoner of conscience, see: https://hpanwo-hpwa.blogspot.com/2013/01/one-year-on.html. Terminations in the have been legal since 1967 and they are performed at my hospital, the John Radcliffe in , but I was never involved with that myself. Quite the opposite, for nine years of my twenty-three year career I served in the delivery suite in maternity. Abortions were done in the gynaecology centre which was close to maternity, but the departments were kept strictly apart. I am very proud of my Irish colleagues, both portering and civilian, for their courageous stance. Who knows how many people in the future might owe their lives to these heroes of healthcare. The struggle has become much more intense recently, and not just in . In the , the abortion regulations have been horrifically eased, especially for third trimester terminations, see: https://www.humancoalition.org/2019/02/01/new-york-is-celebrating-abortion-up-to-birth/.
See here for more information: https://hpanwo-hpwa.blogspot.com/2016/12/nurse-sacked-for-praying.html.
And: https://hpanwo-hpwa.blogspot.com/2016/08/nhs-whistblower-branded-too-honest.html.
Posted by Ben Emlyn-Jones at 17:05